For a century, harley-davidson has been synonymous with freedom drive, raw momentum and good times.The image of the Milwaukee motorcycle has taken root among fans around the world, who are fanatically loyal to the v-type two-cylinder vehicles and the company that makes them.Passion is Halley's eternal pursuit and ideal.Always with burning passion, every motorcycle into a boutique.After 110 years of quenching, we are determined to keep improving, keep improving, and never let the fire of passion go out.

Harley-davidson motorcycles come in four distinct and distinctive product lines, each with a rich history and tradition.The entry-level Sportster features an 883 or 1200cc engine.The larger Dyna Glide, with its advanced chassis and suspension, is the smoothiest land cruiser on the Harley;The invisible rear suspension of Softail satisfies the comfort requirements of the rider without changing the tough appearance of the rear.Harley grand touts, such as Electra Glide and Road King, boast four-speaker stereos and cruise control. 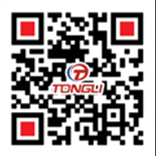